When the markets did the jerk

Sometime ago, I posted an article written by Antonio Moncupa Jr., the CEO of East West. Here’s another insightful from the CEO of one of the fastest rising banks of the country. He wrote about the way the markets behaved.

The Dance of the Markets

In June, the markets did the jerk. They danced up and down and roiled throughout the 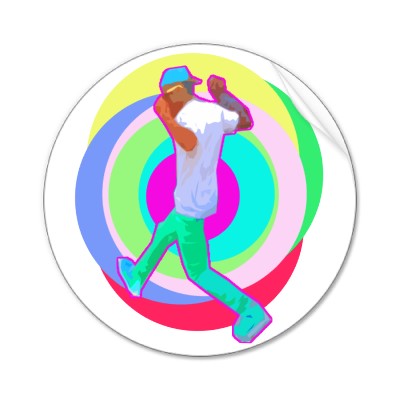 Unfortunately, to make our moneywork well for us, we have to work to learn about investing or pay those we trust whose business is to invest for others. Or, we could always take the low yield but safe alternative of short-term deposits from banks we know about, even if it practically does not pay us anything. A little yield is much better than possibly losing part of our principal as some stock and bond investors recently found out. We thought that it would help to have some sense of what is happening. How could it be that all it took were some words from Chair Ben Bernanke of the US Federal Reserve, that they would stop printing money (they don’t really print, they just press some keys in their computer keyboard) and voila, we saw a fast and furious sell-off of stocks and bonds and local currencies indiscriminately across the developing world, including the Philippines.

The US is so far and yet so near

When the US real estate and credit bubble burst, it threatened to bring down the US economy and the world with it. Real estate prices dropped and banks’ bad loans piled up. When real estate prices go down and banks are saddled with bad loans, people feel poorer and would not want to spend. Banks lose their lending appetite. If this is allowed to persist, people will stop buying things and economic activity slows down. There will be less need for workers and unemployment soars. This will further cause demand for things to drop even more and before you know it, the country’s output starts to go down bigtime. To avert a full-blown crisis, the US Fed launched an intervention called quantitative easing or QE. Another term for QE is money printing. This is done with the US Fed buying bonds and other financial instruments and paying for it by creating new money. When there is demand for anything, prices go up. In the world of bonds, interest yields move in the opposite direction and interest yields went down. With the Fed driving US interest rates near zero, investors looked elsewhere where yields and potential returns are better. That elsewhere turned out to be the developing countries like the Philippines. Foreign investors came, sold theirdollars for local currencies and started buying stocks and bonds. With too much dollars coming in, currencies appreciated. And before you know it, interest rates fell and stock markets soared.

Meanwhile, back in the US, low interest rates encouraged re-financing of people’s  debts to get lower interest rate. This freed up some cash for spending. Companies and consumers found it wonderful to borrow at low rates. And with money in their hands, they started to spend and be more confident of the future. In due time, housing prices started increasing and spending perked up. The economy started to show some recovery. But too much money and too much demand for things will push prices higher and create inflation. The Fed is tasked to prevent that and, at some point, will act to get back the money it released. There will be three phases. In Phase 1, it will slow down creating new money like from $85 billion a month, down to maybe $60 billion. This is called “tapering.” As Americans become more optimistic and the recovery gains traction, the Fed goes to Phase 2, where it will stop creating money altogether. And finally, before banks seduce companies and consumers to borrow excessively and spend excitedly, Phase 3 comes in where the Fed gets back the money it created by selling the assets it bought. Just as US interest rates went down when the Fed began creating money, interest rates will go up when money is retired anew. Just the thought of it pushed US 10-year yields from 1.6% to 2.5%.

With US yields and its stock market expected to go higher as the find US assets more alluring. That was the stampede we saw in June. Stampede back to the US. In the meantime, just as investors got carried away when they came and pushed stocks too high, peso too strong and interest rates too low, the rush to the exit probably pushed stock market too low, the peso too weak against the dollar and interest rates too high. Or, it may have not. This is now the subject of a lively exchange of opinion and the debate is causing local markets to do the jerk. And this debate could mean a lot to us who are investing our savings. The debate is not yet settled. But we don’t make good money when it is finally settled. By that time, it’s either you already missed the buying opportunity or will be buying at very expensive levels. Already, the stock market is gaining and interest rates are falling from its highs. Is this temporary? No one really knows for sure. But some things will surely happen although we don’t know when. The US will recover and interest rates will normalize higher from present levels. Though there will be volatility, fundamentals will eventually assert themselves. Remember that the Philippines has a good level of foreign currency reserves, earns more than it spends (before debt payments), has strong banks, and has consumers and companies that are not overburdened by debts. These should be good for stocks but not necessarily so for too low interest rates. When there is overexcitement around, the thing to do is to stay calm and study things carefully. If you run with the herd, you might get trampled upon. If you don’t, you might be left behind. Unfortunately, this is easy to say but hard to do.